×
You are here: Home / Cooking Tips / How to Make Homemade Spices
1 shares 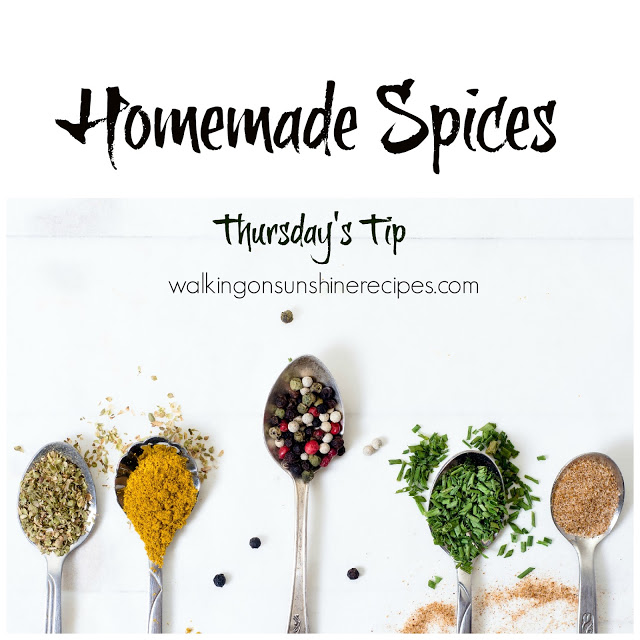 Has it happened to you yet?  It has to me!

I was cooking dinner one night and I went to grab one of those packets of taco seasoning and bam..

I had none in the pantry.  NONE.  What's a girl to do when she has the meat all ready for seasoning and a hungry family waiting for dinner?  I quickly grabbed my computer and searched

It was so easy I wrote a blog post awhile ago about it HERE.

So I thought, for this week's Thursday's Tip we would discuss spices

that are popular during the holidays.

You can make a lot of spices on your own without having to spend a lot of money on tiny bottles of AND without putting a lot of chemicals into your food.  Yes, chemicals!  What is silicon dioxide anyway?

Here are a few favorite spices that we all need
as we head into the Thanksgiving season.

In a small bowl, combine the spices together.  Store in a sealed container for up to six months.

AND here's a great one I posted about last year on the BLOG:
Homemade Allspice HERE.
If you like this week's Thursday Tip,
why not follow my Kitchen Tips board on Pinterest...