Let's spend some time today remembering 9/11 and what happened in 2001 when we heard the horrific news of the first airplane hitting the Twin Towers. 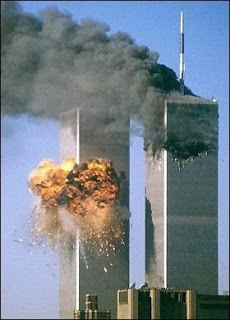 Let's spend a little time today Remembering 9/11.  Where were you when you heard the horrific news of what was happening in New York City, Washington DC and later in Shanksville, PA?

We were living in Paterson, NJ and the Colonel was working in Manhattan at the time and didn't have to be at work until 2:00 in the afternoon.  Although he wasn't a Colonel at the time. He was a just a normal person, working a normal job, providing for his family and serving his country one weekend a month in the Army Reserves.

But that all changed 14 years ago for our family.

We had just dropped Olivia off at school. She was in 3rd grade. We decided to head to the park for a morning walk. As we were walking around the park with Michael in his stroller, our beloved New York City was being attacked. By the time we made it home, both towers were on fire.

Both my husband and I grew up in Queens, NY.  We moved from the city to raise our children in New Jersey trying to get away from high taxes and over-crowded schools.  But we still called ourselves, "New Yorker's." New York was still our home.

Growing up in Queens, NY,  I was just a little girl when they were building the towers. I remember the many times we would cross the George Washington Bridge and I would look out the window of our car staring at the beauty of the Twin Towers. 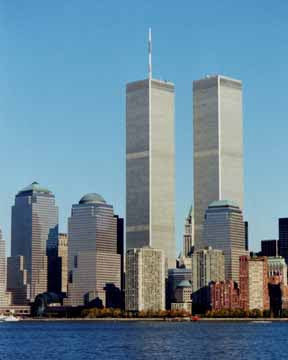 I remember moving my desk to be in front of the window so I could see the beauty of downtown Manhattan and those beautiful towers from the 55th floor of the Empire State Building where I worked every day after we were first married.

The world has changed so much since that horrific day. But one thing remains certain for me...

"For I know that my redeemer lives,
and that he shall stand at the latter day upon the earth"
Job 19:25 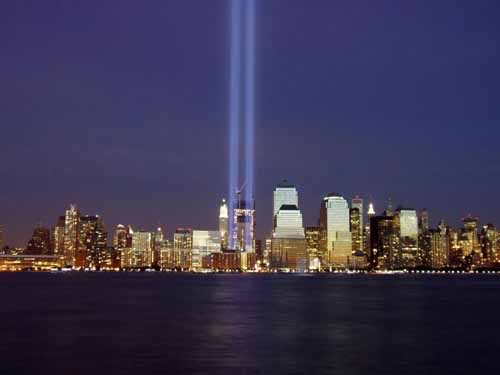 So let me know where were you when you heard the news.